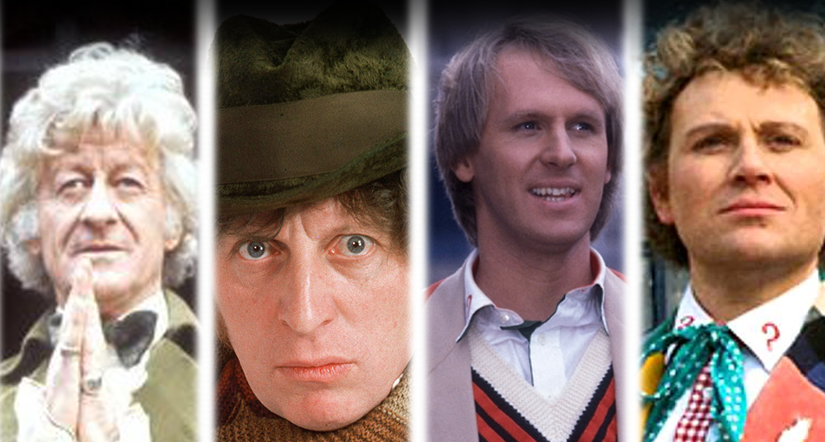 Doctor Who is a British television science fiction programme produced by the BBC since 1963. The programme depicts the adventures of a Time Lord called “the Doctor”, an extraterrestrial being, to all appearances human, from the planet Gallifrey. The Doctor explores the universe in a time-travelling space ship called the TARDIS. Its exterior appears as a blue British police box, which was a common sight in Britain in 1963 when the series first aired. Accompanied by a number of companions, the Doctor combats a variety of foes while working to save civilisations and help people in need.

The show is a significant part of British popular culture, and elsewhere it has gained a cult following. It has influenced generations of British television professionals, many of whom grew up watching the series. The programme originally ran from 1963 to 1989. There was an unsuccessful attempt to revive regular production in 1996 with a backdoor pilot, in the form of a television film titled Doctor Who. The programme was relaunched in 2005, and since then has been produced in-house by BBC Wales in Cardiff. Doctor Who has also spawned numerous spin-offs, including comic books, films, novels, audio dramas, and the television series Torchwood (2006–2011), The Sarah Jane Adventures (2007–2011), K-9 (2009–2010), and Class (2016), and has been the subject of many parodies and references in popular culture.

During the “classic era” of the show (1963-1989), seven actors have headlined the series as the Doctor, with one more for the 1996 TV movie. The transition from one actor to another is written into the plot of the show with the concept of regeneration into a new incarnation, a plot device in which a Time Lord “transforms” into a new body when the current one is too badly harmed to heal normally. Each actor’s portrayal is unique, but all represent stages in the life of the same character. Together, they form a single lifetime with a single narrative. The time-travelling feature of the plot means that different incarnations of the Doctor occasionally meet.

In March 1962 a study began on the feasibility of the BBC producing a new science fiction television series. A report delivered on July 25, 1962 recommended a series dealing with time travel as being an idea particularly worthy of development.

On December 12, 1962, Sydney Newman became Head of Drama at the BBC. He was a science fiction fan and, on March 29, 1963, a report to Head of Serials, Donald Wilson, alerted him to a gap in the Saturday evening schedule. Newman decided that a science fiction programme would be perfect to fill the gap, and enthusiastically set the ball rolling. Newman personally came up with the idea of a time machine larger on the inside than the outside and the idea of the central character, the mysterious “Doctor”; he also gave the series the name Doctor Who. A document outlining the concept of a proposed programme called Dr Who was submitted to Donald Baverstock, Controller of Programmes for BBC1, on May 16, 1963. Later in the year production was initiated and handed over to producer Verity Lambert and story editor David Whitaker to oversee. Early on, it was decided that the time machine, the TARDIS, should externally resemble a police box.

Doctor Who was originally intended to be an educational series, with the TARDIS taking the form of an object from that particular episode’s time period (a column in Ancient Greece, a sarcophagus in Egypt, etc.). When the show’s budget was calculated, however, it was discovered that it was prohibitively expensive to re-dress the TARDIS model for each episode; instead, the TARDIS’s “Chameleon Circuit” was said to be malfunctioning, giving the prop its characteristic ‘police-box’ appearance.

The series’ theme music was written by film and television composer Ron Grainer (who would later go on to also compose the theme to The Prisoner, among others) in collaboration with the BBC Radiophonic Workshop. While Grainer wrote the theme, it was Delia Derbyshire who was responsible for its creation, using a series of tape recorders to laboriously cut and join together the individual sounds she created with both concrete sources and square- and sine-wave oscillators. The title sequence was designed by graphics designer Bernard Lodge and realised by electronic effects specialist Norman Taylor.

Hartnell’s Doctor would initially be accompanied by his granddaughter Susan Foreman (played by Carole Ann Ford). They were joined in the first episode by two of Foreman’s schoolteachers, Barbara Wright (Jacqueline Hill) and Ian Chesterton (William Russell), from contemporary 20th century England. This remained the line-up of the series for the entire first season, but over time the regular line-up would change regularly as the Doctor’s various companions left him to return home, having found new causes on worlds they had visited and elected to stay there, or even occasionally being killed off. However, he would always quickly find new travelling companions. Such characters were used by the production team to relate the point of view of the viewers at home, asking questions and furthering the stories by getting into trouble.

Filming of the first (pilot) episode of the series, “An Unearthly Child” began on August 20, 1963. However, owing to technical problems and errors made during the performance the episode had to be re-recorded. Filming resumed October 9-11, 1963. This second version of “An Unearthly Child”, the first episode of the very first serial, was transmitted at 5.15 pm on November 23, 1963, but due to both a power failure in certain areas of the country and the overshadowing news of US President John F. Kennedy’s assassination, it drew minimal comment and was repeated the following week immediately before the second episode, on November 30, 1963.

William Hartnell played the First Doctor for three full seasons (1963-1966) and then the first two full serials of season 4 (1966). At the end of “The Tenth Planet”, Hartnell regenerated into Patrick Troughton, who would play the Second Doctor through the majority of season 4 (1966-1967), and seasons 5 & 6 (1967-1969). Both Hartnell and Troughton would reprise their roles in the 1973 story “The Three Doctors”. Hartnell died in 1975 and the First Doctor was played by Richard Hurndall in the 20th anniversary special “The Five Doctors” (1983). Troughton would return to the part in the 1985 story “The Two Doctors”.

The regeneration from Second to Third Doctor was not seen on screen. Jon Pertwee played the Third Doctor for five seasons (1970-1974) and was the first to appear in colour. He would also appear in the 20th anniversary special “The Five Doctors” (1983) and the 30th anniversary Children in Need special “Dimensions in Time” (1993).

The Fourth Doctor was portrayed by Tom Baker for seven full seasons (1974-1981). Baker refused to reprise his role for the 20th anniversary special “The Five Doctors” (1983), feeling it was too soon for him to do so.

Peter Davison took over from Baker at the end of “Logopolis”, playing the Fifth Doctor during three seasons (1982-1984). He was in post for the 20th anniversary special “The Five Doctors” (1983), which is seen as a separate entity and not part of an actual Doctor Who season. In “The Caves of Androzani”, the Fifth Doctor regenerated into Colin Baker who would appear in one full adventure of season 21, “The Twin Dilemma”.

Colin Baker’s time as the Sixth Doctor was a troubled one. He appeared in one full season (January-March, 1985) after which the BBC announced they were cancelling the show. The reaction from fans saw the show being place on an 18-month hiatus instead. Baker returned for season 23, known as The Trial of a Timelord (1986), which was made up of four serials. Baker was unceremoniously fired and did not return for season 24 to regenerate.

Sylvester McCoy became the Seventh Doctor, famously regenerating from himself, dressed as the Sixth Doctor. He appeared in three series (1987-1989) before the show was cancelled, seemingly for good.

In 1996, a joint production by the BBC and the American Fox network was filmed in Canada. Known as Doctor Who: The Movie, it saw Sylvester McCoy regenerate into the Eighth Doctor, played by Paul McGann. It would be McGann’s only appearance as the Doctor until series 7 of the revised show, in 2013.